Let’s bring back a classic. Learn about the history of Colonial homes and what makes these historic homes so distinct. How can you incorporate Colonial-style into your décor?

Influenced by the European colonists who settled in America during the 1600s, the original Colonial-style homes were most common along the Eastern seaboard. By the 1700s, Colonial homes became more popular and spread to other parts of the country.
In the late 1800s, Americans wanted to reconnect with their roots and the Colonial Revival began. This era coincided with the Industrial Revolution, which made decorative elements more readily available than in the past. As a result, many early Colonial Revival homes took inspiration from Queen Anne, Greek, and Roman architecture. But by the end of 1900, homes began to return to cleaner designs.
Today, Colonial architecture continues to be most prominent in New England and the South, with some differences by region. Homes in the South have higher ceilings to provide ventilation in the summer and homes in New England typically have wood siding, while homes in Virginia are primarily built from brick. Architects still embrace the Colonial-style, and you’ll see many homes with its distinctive characteristics as far west as Ohio and Illinois. Here are some distinct design elements that give Colonial-style homes their charm.

One of the most notable attributes of Colonial-style homes is the symmetrical structure. Most are square or rectangular with brick or clapboard siding. They may consist of one or more stories, and some have flanking wings, but the most common designs include either two stories or one and a half with dormers. The exteriors are understated with few embellishments, relying on simple geometric lines and minimalist color schemes, so the vast majority of Colonial-style homes are painted white with dark trim.

Early Colonial-style homes in New England were designed with a steeply pitched roof to shed heavy loads of snow. This characteristic survives today and is one of the most recognizable features of Colonial-style architecture. While gabled roofs provide more attic space and better ventilation, they’re susceptible to damage from high winds, therefore they’re not commonly found in the South or in coastal regions. Colonial-style homes in areas prone to high winds or hurricanes typically have a hip roof, which slopes on all four sides and is more durable.

The entryway for Colonial homes are designed to catch your eye, making them more ornate than the rest of the minimalist façade. The paneled door is centered to maintain the home’s symmetrical geometry. Fanlight or transom windows are usually positioned above the door. Many Colonial-style entryways are adorned with a pediment, which forms a decorative crown and can be extended to create a covered porch. They can also be embellished with classical columns or two-story pilasters.

Many of the design elements of Colonial-style architecture work in harmony to create its distinct symmetry and simple lines. The window arrangement is no exception. Most homes feature a window on each side of the entry way and three to five windows on the second floor. The windows are usually multi-pane and double-hung with shutters. Most shutters on today’s Colonial-style homes serve only as a decorative feature. Bay windows are also common.

Paired chimneys are another identifiable feature of Colonial-style homes, especially in the South. The chimneys were originally positioned one at each end of the house to prevent heat build-up in the summer. They also allow for fireplaces at each level inside the home and contain multiple flues to enable fires to be lit in several rooms at once. In the Colonial-style homes of the 1600s, fireplaces were wide and deep and rarely had a mantel. The first true mantels appeared in English Colonial homes during the 1800s and consisted of modest, floor-to-ceiling paneling.

A rectangular or horizontal façade is a common exterior feature of Colonial-style homes and provides more balance to its design. It’s typically constructed of brick, and some homes may also include side porches. As with most other aspects of the home, the façade is usually unadorned and free from embellishments.

The symmetry of the Colonial-style home’s exterior is carried over to the interior. Most have a center hall that intersects the mirroring sides of the home. The front door opens to the hallway where stairs lead to the second floor. The kitchen is located toward the back of the ground floor while the more formal rooms such as the living room and dining room are located toward the front. The bedrooms are on the upper floors, and you will often find that the spacious attic has been converted to a den or playroom. 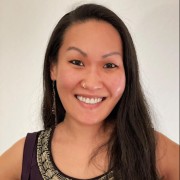 Elizabeth Yun
Liz has been a writer and editor for over 15 years. Over the course of her career she has covered real estate, tech, health and wellness, and fitness for a variety of print and digital publications. Her writing has appeared in Men's Journal, Everyday Health, Muscle & Fitness, and HuffPost. She spends the majority of her free time rock climbing, making ceramics, experimenting with new cuisines, and exploring the outdoors.
Previous

Your 10-step checklist to buying a home

How do property liens affect a home you’re trying to buy?

Find the right real estate agent who fits your needs. Meet your perfect match with ...
By Robert Evans
March 23, 2022

The ultimate must-have checklist for your new home

Your home’s assessor’s parcel number is like a unique ID number for your home. Learn ...
By Robert Evans
February 1, 2022

Renting? 5 zoning rules to know before you rent your home

Considering renting your property out? There are a few things you need to consider before ...
By wpojoadmin
January 28, 2022